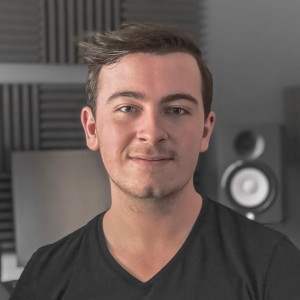 The Waves SSL EV2 is a brand-new plugin demonstrating the best Waves has to offer in the way of SSL emulations. The SSL EV2 is a fresh-new take on the (admittedly outdated) SSL E Channel from Waves. Continue reading to find out my thoughts on this latest addition to the Waves line-up and whether the former king of plugins is back…

Whilst the previous Solid State Logic E Channel from Waves was a hit, it has since lost its special touch since the release of similar plugins by Universal Audio, Slate Digital, Plugin Alliance and even Solid State Logic themselves. This is to say, the previous channel strip needed updating. The SSL EV2 is an opportunity to revitalise the former plugin, however did it do the job?

The naming for this plugin is simple. It is version 2 of the SSL E Channel previously available with Waves (check out the former E Chanel here). The most noticeable difference with the Waves SSL EV2 is the fresh and finally scalable GUI — something users have been begging Waves to bring to the SSL plugins for years!

Upon opening, you are greeted by the clean new user interface and a familiar layout to the predecessor. The most noticeable difference however is the addition of the brand-new pre-amp section as well as the new fader and stereo processing section. These new features alone make the upgrade worth-it!

Does it sound good!?

Yes! It sounds like an SSL E Channel – even more so than the previous plugin. It has more depth, more flavour and simply ‘feels’ more like an SSL. In fact this new plugin really does compete with the Brainworx SSL E Channel Strip as well as even the Universal Audio SSL E Channel plugin.

What is actually new?

Simply put, this is like a ‘remastered’ version of a video game. You’re getting effectively the same thing as the old version, but better. With the Waves SSL EV2 plugin, there is updated code, and model amongst previously mentioned features such as the output imager and pre-amplifier section. The true beauty of this new version is the capability of the pre-amp section whereby you can now inject total harmonic distortion (THD) similarly to the real-deal. This lets you effectively be able to use the SSL EV2 as a distortion plugin.

Fundamentally though, you are probably curious about if the

Overall, the Waves SSL EV2 is some-what easy to use like most channel strip plugin, but the sonic quality appears to be at least in-line, if not better than the offerings from Brainworx, SSL, Universal Audio etc… The user interface although a step up is not as amazing as for example Universal Audio however the user experience is just as intuitive!

As for the price, Waves plugins are constantly on sale for under $50, with an introduction offer of $29.99 for those who already own a previous Waves SSL plugin. Or you can in-fact bag this plugin for free if you already own the SSL 4000, Pro Show, SD7 Pro Show, or Studio Classics collection. The catch is however unlike the competition, you only get a couple of years with free updates. After that you must pay a few dollars to keep up-to-date. So although the eventual cost of the Waves Update Plan lets you down, the immediate impression of this plugin shows that this plugin is definitely a solid state of success and a step in the right direction for Waves moving forward!